Thursday after Steven got home I snapped some pictures from the curb of my guys rocking in the new(old) rocker and realized that I haven't shared any landscaping pictures yet! 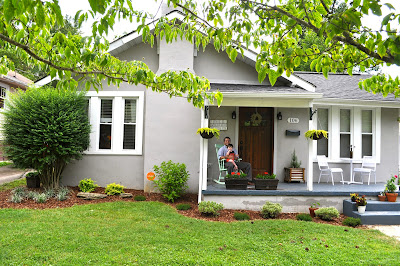 Below is a picture of the yard in early autumn, when that shrub(formally known as the Beast) had to be hacked down again for the second time. Our yard has looked like this ever since we've lived in our house....so it really wasn't too surprising when we had multiple neighbors introduce themselves to us while we were working and treat us like we'd just moved in. Woopsies!
"Welcome to the neighborhood!"
"Oh thanks! But actually we've been here almost three years..." 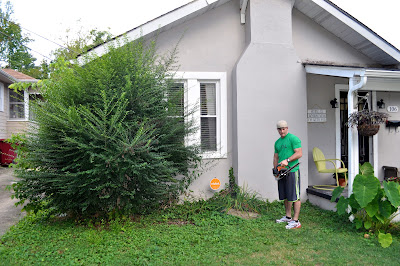 The Beast got all prettied up and we're letting him stay. We added Silver Dragon Liriope around the base and planted two shade-loving Box Honeysuckles called Lonicera Edmee Gold in the Beast's shadow. 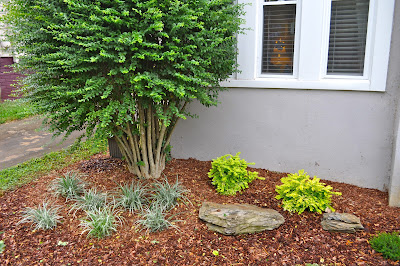 Here's a picture from the day we cut the beds out in March...lots of hard work all in one day! Perfect unseasonably warm winter weather to start working outdoors. 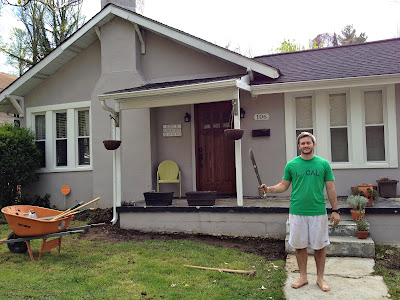 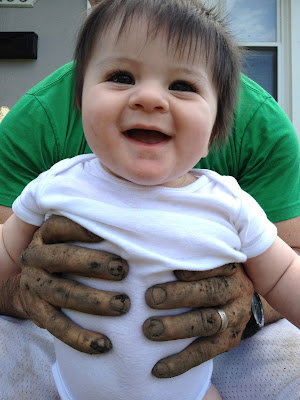 So here we did an assortment of Mediterranean White Heather which blooms in winter and Azaleas called The Robe that have beautiful variegated(thanks for that new word Mom!)leaves. 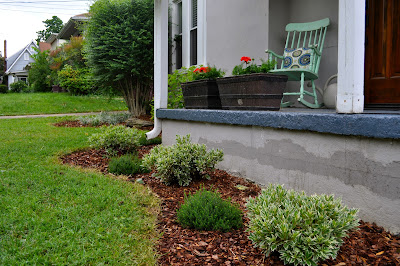 In the corner we planted a Phantom Hydrangea that will bloom around mid-June and I've heard that the blooms can last almost until September! 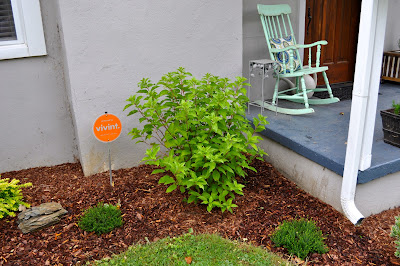 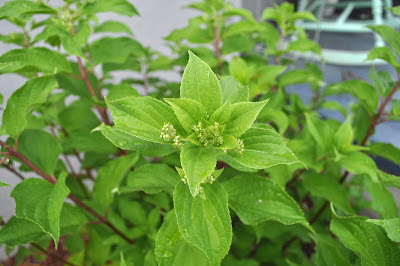 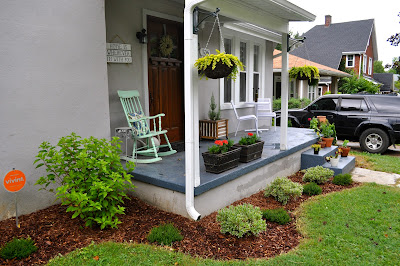 I am so happy with our front yard and it was so worth it to get over my fear of putting plants in the ground and them dying on me! So far they're doing great! 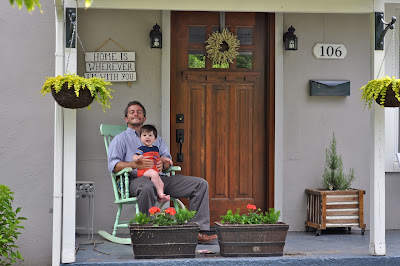 We still have some work to do on the right side of the house. Three Holly bushes wait patiently to be planted in the ground!
Now we're off to the Blue Plum Festival once Finner wakes up! Oh, and remember how I'm a sucker for big stories with impossible feats and when good fights to overcome evil? Snow White and The Huntsman is a great example of my favorite kind of story...if you're anything like me, go see it!

Allison
Posted by Allison at 11:10 AM

Allison
Johnson City, TN
I'm Allison, a native Texan turned East Tennessean who started Garland & Pendant when my outlet for creativity couldn't be contained within the walls of my home. I'm a room without a roof, y'all. When I'm not stitching and drinking Dr. Pepper you can usually find me learning dance moves from my 2 year old super son or eating my baby girl's cheeks. I also like my gray-haired husband. A lot.