Mothering has taught me: let go of expectations. 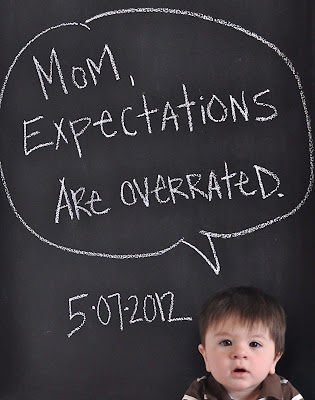 noun
1.
the act or the state of expecting: to wait in expectation.
2.
the act or state of looking forward or anticipating.
3.
an expectant  mental attitude: a high pitch of expectation.
4.
something expected;  a thing looked forward to.
5.
Often, expectations. a prospect of future good or profit: to have great expectations.
When I brought Finn home from the hospital I had a Moby wrap that I was going to use constantly, I was going to nurse Finn for months & months, I envisioned quiet snuggles, we would nap together on the couch, he would sit in his swing in the kitchen while I cooked dinner.


Finn came home from the hospital. He hated the $40 Moby wrap, I used it once. I nursed Finn for 6 weeks. He never snuggled. He didn't nap with me at all. I don't remember cooking dinner for maybe the first three months of his existence. 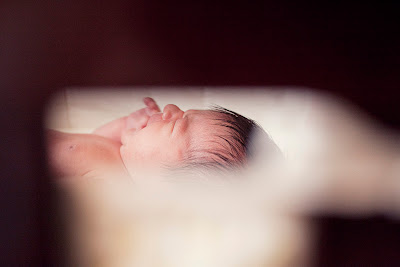 A few weeks of being Finn's mother and I thought I'd never sleep again, I worried I'd always be trapped at home, was sure he'd never like me, thought I'd lose my friends, wondered if  he'd be an unhappy newborn forever, didn't know if I'd  make it through the night.


A few months of being Finn's mother and I got full nights' sleep, had a blast showing him everything at the grocery store, melted when he smiled at me, was overwhelmed with joy to see my friends love him like family, marveled at how people made him constantly happy, stayed up late, by choice, reading stories of strong mothers loving their children.


Expectations have always been a struggle for me. In marriage, what I thought was a lot to learn about the destruction that expectations can bring was multiplied tenfold in motherhood.

Expectation rises and falls. It can either exceed reality or sag below. When reality rises above expectation, It's impossible to remain discouraged.
Extreme expectation, whether positive or negative, leaves room for anxiety during the anticipation of reality.
Zero expectation would land somewhere in the middle of super high and super low...that's why I marked out "no" and replaced it. Now, I realize that this graph has errors. I could sit and ponder whether or not it even makes sense, but instead, the point is...
I've learned (in continual process) to keep choosing to toss out the way I think things should be and start embracing the way things really are.
Then, I began to realize, I can live with the way things really are. I like the way things really are.

Reality will always bring about unexpected surprises: new mom anxieties, a sporadic wave of middle-of-the-night crying, leaving the party early, pee on the couch, a bumped head, asking myself never-ending questions, waking up from a nap before I'm ready, a reach in my direction, shrill squeals in Michael's, new teeth, little hands turning pages, a tiny happy dance, excited shrieks at the sight of my face, finding Spot in the basket, feeling needed, being proud of such a small human, finding joy in fulfilling my role as mother.

Allison
Posted by Allison at 3:34 PM

Allison
Johnson City, TN
I'm Allison, a native Texan turned East Tennessean who started Garland & Pendant when my outlet for creativity couldn't be contained within the walls of my home. I'm a room without a roof, y'all. When I'm not stitching and drinking Dr. Pepper you can usually find me learning dance moves from my 2 year old super son or eating my baby girl's cheeks. I also like my gray-haired husband. A lot.